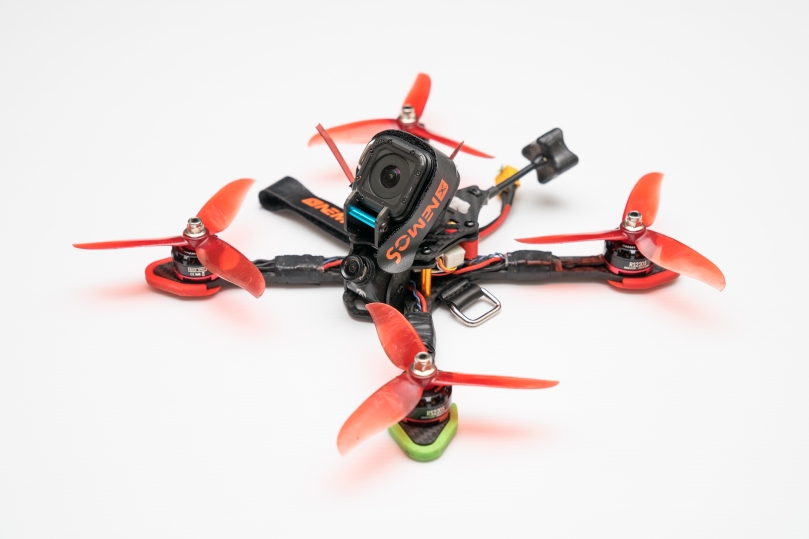 On my recent order of cut carbon from Armattan Productions I included a GoPro mount kit which suits the SCX-230. I’ve been flying this copter for some time now and am very happy with it. It’s a long way from ‘latest and greatest’ gear wise but it is built with quality components and the experience has been better for it. Now being able to watch some of my flights in HD and share them with others has been great fun. To that end this post is primarily to share link some of my recent videos (no edits, directly from a GoPro Session 4).

My primary flying site has a great mix of open spaces and trees:

The rig also came with me on a recent camping trip:

I think I got very lucky with this crash. The only damage was the two front arms, I didn’t even need to straighten a prop:

This shall be a brief post of 2 parts, the first sweet, the second bitter.

To start with I have completed the build and first flights. The photo below is just after completion and ready to take to the air. I very happy with how it has come together. Admittedly there are a couple of problems and mistakes to address but for a first iteration I am very happy with it. 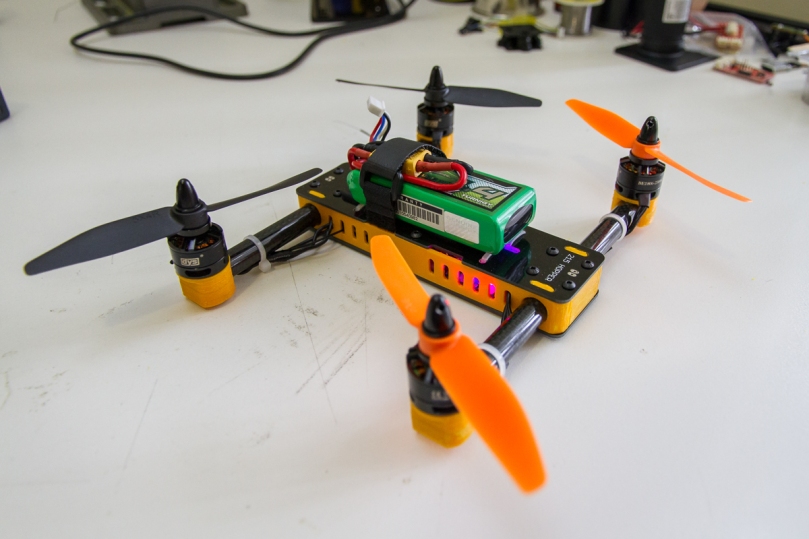 Here the 215 Hopper can be seen airbourne on its first battery. Admittedly, the very first hover attempt was a complete failure as I had the motor connections mixed up side to side. After correcting that issue a successful hover test was completed indoors. I was immediately struck by how much more stable it was that its predecessor, the Spidex 220, and that right there was the main reason for starting this project. Success! 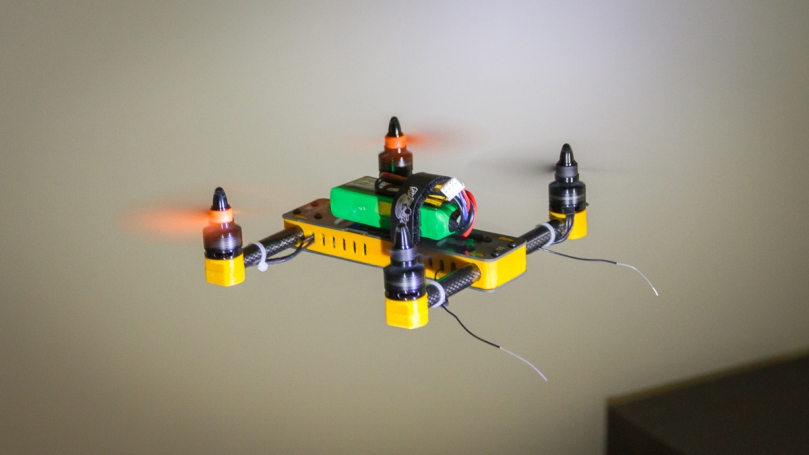 I have not yet mounted it but in the future I will fly a GoPro session with this platform looking something like this:

Now for the bitter part. On just the 5th battery I lost the 215 Hopper. I am not going to try and make excuses, I got a little too far away, that’s not very far for something this small and fast, orientation became difficult. Before I knew it and before I could regain my composure the 215 Hopper was but a small speck high in the sky and a long way away. The signal began failing so I reduced the throttle to try and bring it down gently, more out of concern for where it might land than to protect the copter itself. Evently the signal was lost. I did a few laps of the neighbourhood but my chances of finding it were slim. Most disappointing was that it likely came down over a residential area. I always like to think that I am responsible with where and how I fly and am aware of my surroundings but today I let the community down. I can only hope that it hasn’t caused any damage or injury.

If you have found the 215 Hopper (this is the only one in the world) in the Fairy Meadow/Wollongong area then please drop me a line via the contact page.

A couple of shots to establish a base knowledge for using a piece of welding lens glass as a dark ND filter.
Stay tuned for a time-lapse in this style.