As flight hours on my 215 Hopper FPV platform increase it has become clear that the durability of the design is somewhat limited compared to the more common carbon plate design. The core problem however is not breaking parts, though this has happened, but rather pulling wires out of the motors. When the quad comes down it frequently pulls the motor mount from the end of the tube and as the propellor is often still spinning at a high rate the inertia of that then stopping is enough to pull the now loose motor off its own wires. Part of the philosophy with this design was that the motor could be allowed to rotate on the tube in the event of contact and through most all of my LOS flying this was valid and workable. It has now become evident that the sort of crashes I am experiencing whilst learning FPV flying are too much for this design.

With my first iteration of the FPV version another flaw with the rotating tube fairly quickly became evident. The edge of the hole in the centre of the arm tubes was cutting the insulation of the motor wires. In fact this become bad enough before I realised it was happening that the motor wires began to short through the carbon ultimately resulting in the quad falling from the sky (perhaps about 10m). This was the most significant crash to date resulting in a broken arm and several broken plastic parts as well as the previously mentioned motor pulled from wires problem. 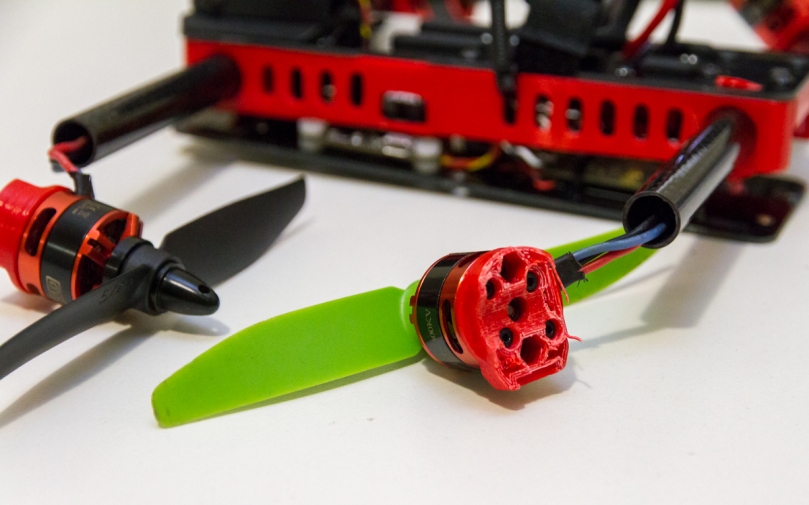 Something odd has also happened to the electronics meaning that 3 out of the 4 motors will not spin up to full power. This problem remains undiagnosed so I have shifted the FPV gear across to my other airframe. In the first image below the spilt insulation is very evident though I don’t think the wires actually shorted at this end, the crack in the tube can also be seen though it was significantly worse when removed from the plastic support. 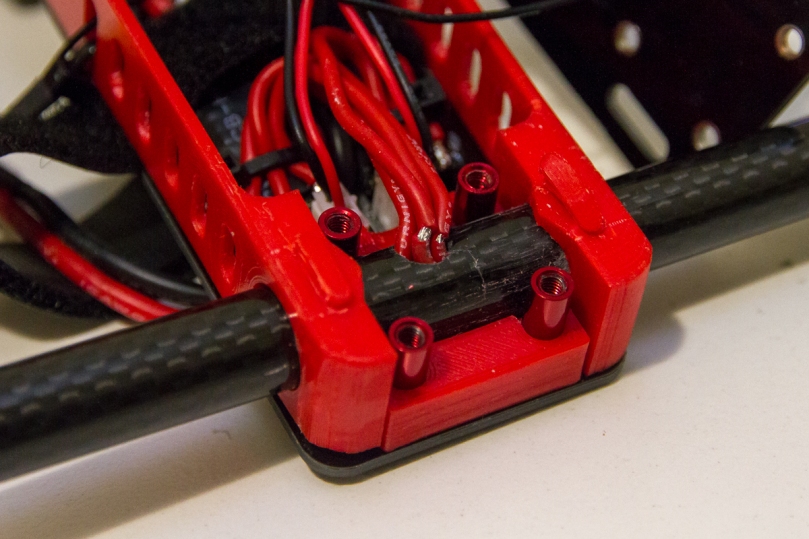 In this image, at the other end, the split insulation is also evident but if examined more closely there is evidence of burning from the short on both the tube and insulation of the middle wire. 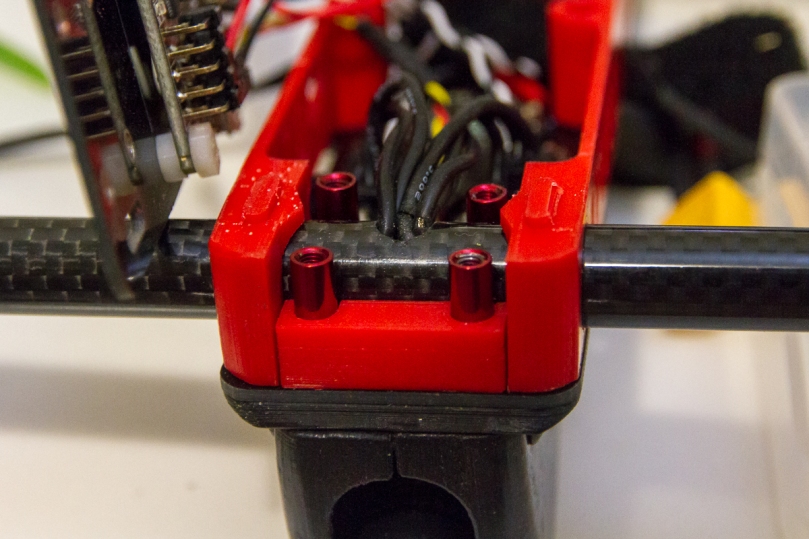 Two decisions have come from this. Firstly I have iterated on the design again with a number of changes which I will detail in a subsequent post. Secondly I am building a more traditional carbon plate design which should hopefully allow for a much better flying to fixing ratio upon which I can develop my skills. Specifically this will be the Shendrones Tweaker and as is my way that won’t be a standard build so there will be a post about that soon too.