For this update I have some small detail changes and developments addressing the two points I raised in the previous post.

Firstly the outer edge of the the motor mount pieces have been thickened slightly such that these faces are coincident when the two identical halves are clamped on to the tube. Secondly ears have been added at the tip to accommodate fasteners to ensure the two halves are joined solidly. 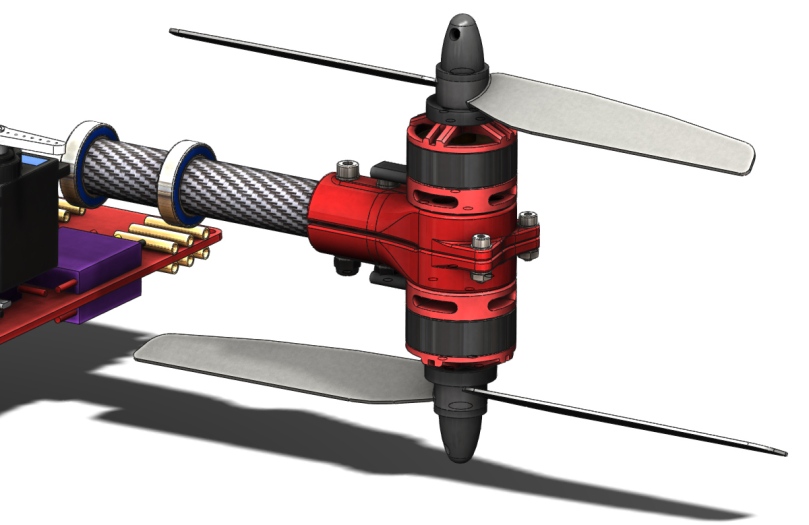 The intended fasteners have been added to the assembly. If you look carefully at the wires from the motor it can be seen that there is interference with both the bolt head and the nyloc nut. Since I would like to maintain the symmetry here without making multiple variations of the motor mount I will probably change the bolt to a button head and use a plain nut (with thread locker), hopefully this will be of a low enough profile that the wires can ride over them.