A two part updated today. After last working on my concept layout I was without an internet connection (modem failure) to publish my progress.

First up I started fleshing out an idea for power distribution. This idea being a single PCB with all 5 of the ESC’s and a battery connector soldered directly to it. Currently I have not looked at the electrical feasibility of this at all and I expect it could be challenging given the high currents being dealt with. That said other similar sized copters have implemented the same concept successfully. One possible downfall of my approach is trying to do to much in to little space. Complications (read challenges) I have introduced include: 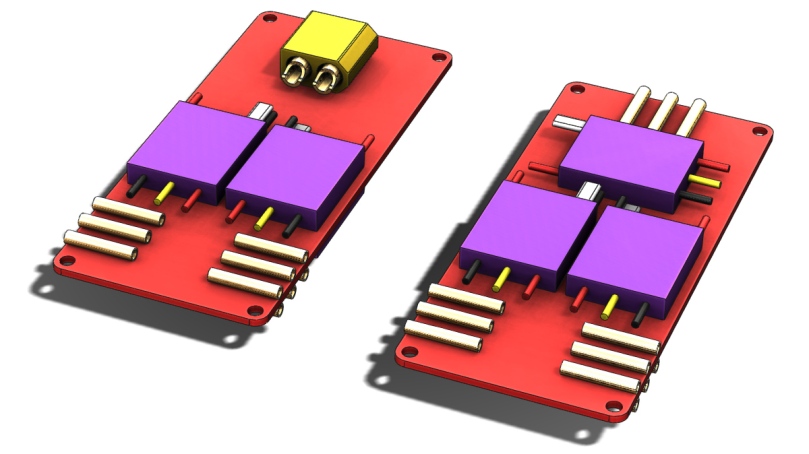 In any case getting this concept for power distribution together has meant that I have shuffled the overall layout about again. The power distribution board itself has been dropped low and pushed forward beyond the front boom. The fuselage structure will need to extend forward to protect this. The thrust vectoring servo’s have been repositioned in a vertical orientation in an attempt to keep the fuselage narrow, servo horns were added for a more complete picture. 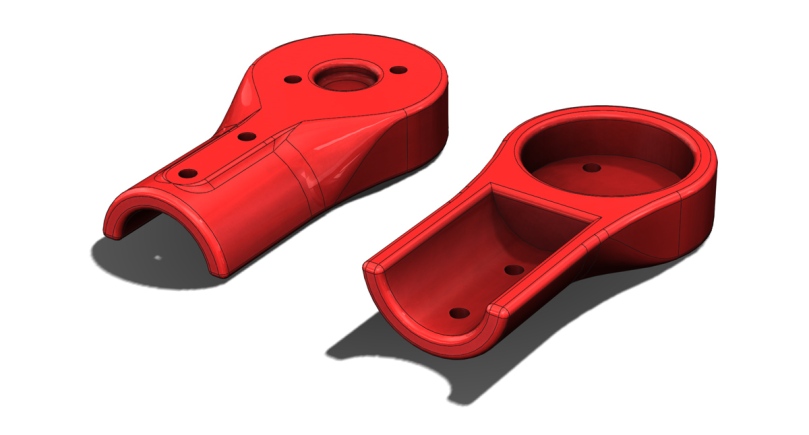 Whilst the layout hasn’t changed markedly here it does illustrate what the motor mounts look like installed. An entirely different solution will be used for mounting the rear motor.